I know, I know, I've been slacking on posts for this quilt. Well, that's because I hadn't made much progress on it until the last few days. I now have 9 character squares put together out of 24, so just barely over 1/3 of the way done with those. I'd say that is a very big accomplishment since each square takes between 5-6 hours to complete, so that's between 45-54 hours spent on making this quilt already!

I thought I would give a little step-by-step on how I put everything together for a character square and then show you all of the ones that I have complete. So, here goes! 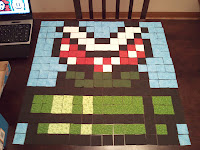 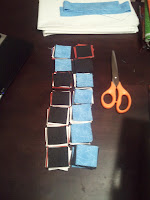 1) Lay out the squares into the character pattern and then gather them into a stack for each row to sew. 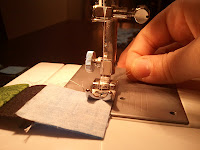 2) Sew each row together, one square at a time. 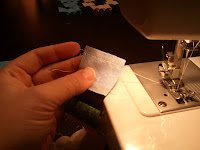 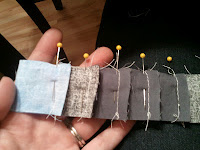 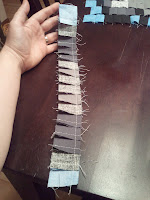 all over the place. 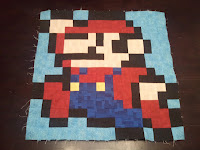 4) Sew the rows together. I pin each seam together so that all the corners line up nicely. This is when that alternating ironing pattern pays off because the seams go together so much easier!

5) Iron out the entire square and you're done!


Now, as promised, here's the picture of all of the squares I have completed so far (fyi, the bed in the picture is a queen-size bed): 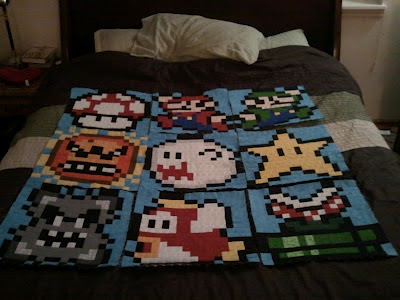